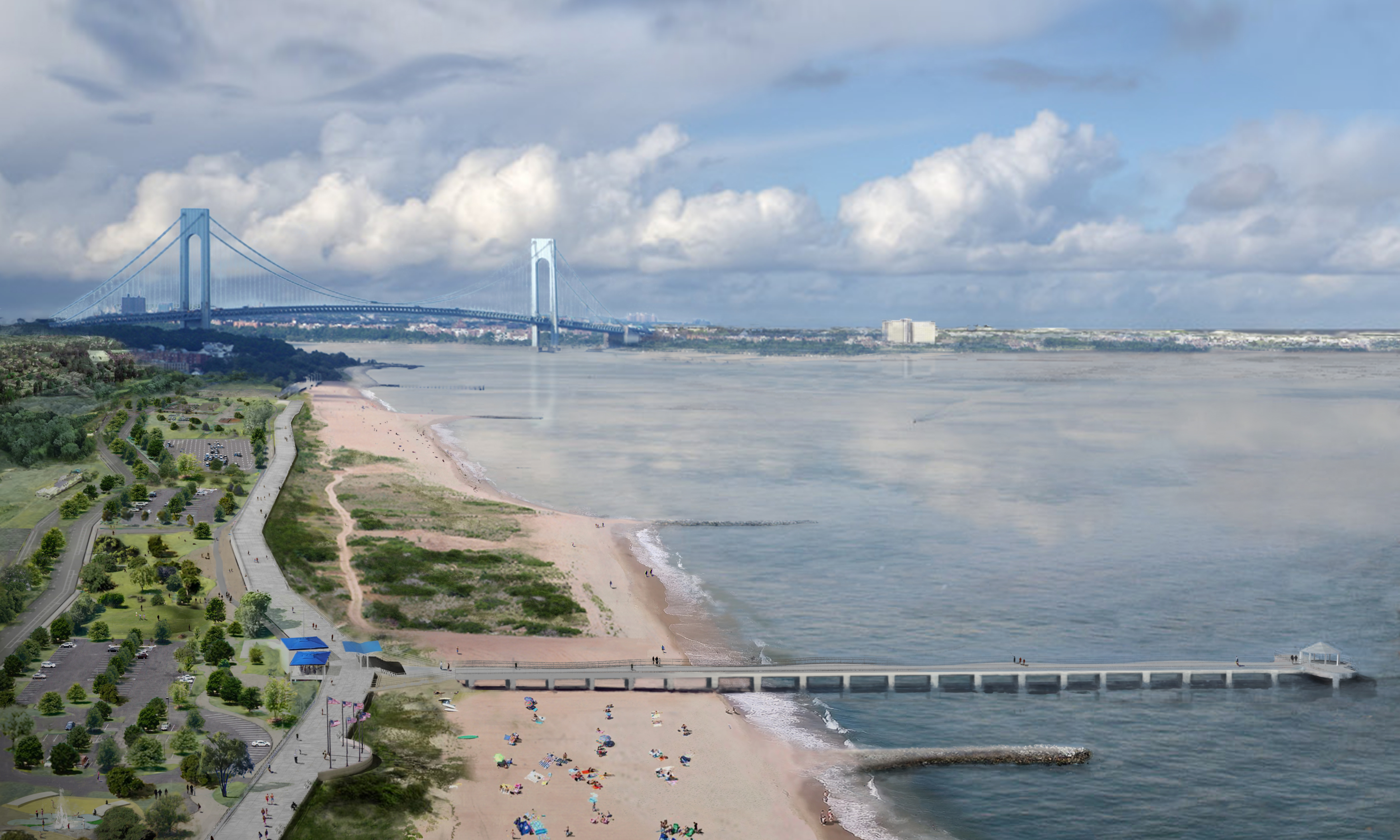 At Seaview Avenue and beyond, a new promenade runs along the top of the seawall, connecting to an existing pier. 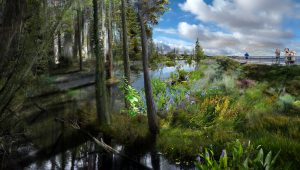 This native cedar swamp would be a beautiful and performative ecosystem, simultaneously providing habitat and storing storm water. 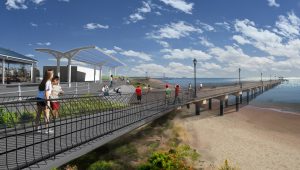 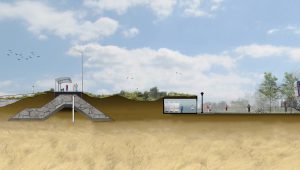 A comfort station is tucked under the buried seawall. The topography, sculpted into planted dunes, restores the natural character of the shore. 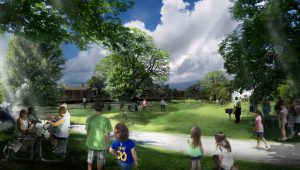 At Midland Beach, a shady picnic lawn is proposed. 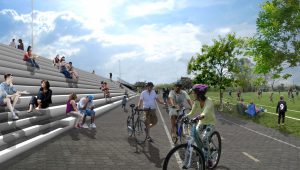 The seawall, a landscape/infrastructure hybrid, will be a social spine providing pedestrian, ADA, and emergency access up and over it.

The shorelines of New York City are crucial pieces of urban infrastructure that provide for neighborhood recreation, and act as the first line of defense during coastal storms.  Under the jurisdiction of, and contracted by NYC Parks, the Shoreline Parks Plan reimagines Staten Island’s eastern shore after the devastation of Hurricane Sandy.  This project presents the integration of a seawall proposed by the Army Corps of Engineers (a necessary yet physically and visually disruptive intervention), as an opportunity to reinvent a major public park.  The thoughtful integration of the seawall into the park would restore connections to a series of new and renovated park amenities, that alongside proposed ecological stormwater management strategies will serve to create a new social, physical and cultural resource for adjacent communities and visitors.  The New York Department of State is also a partner in this project that would invigorate a valuable NYC resource.