To the north, the island surrounding the Astor Place subway entrance has been expanded and furnished with granite stepped seating under a canopy of honey locust trees and a large specimen willow oak.

The island that hosts Tony Rosenthal’s cube sculpture “Alamo” has been enlarged, yet retains its iconic urban character with simple concrete paving and a row of black gum trees along the southern edge.

The southernmost islands, where Cooper Square Street meets Third Avenue, have been merged into a single plaza that serves as a forecourt for Grace Church School and retail. Lush perennial plantings and flexible seating areas are protected by a canopy of sweet gum and Virginia magnolia.

Cooper Square Park, last remodeled by Robert Moses in the 1930’s, contains Augustus Saint Gaudin’s sculpture of Peter Cooper seated on a base by Stanford White. Formerly forbidding and unsafe, the park now welcomes pedestrians through its new entrances, benches, and Piet Oudolf plantings. The mature pin oaks have been carefully preserved. 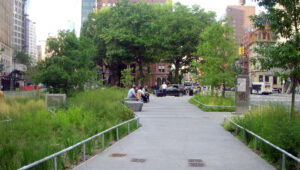 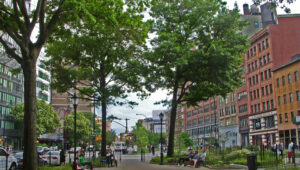 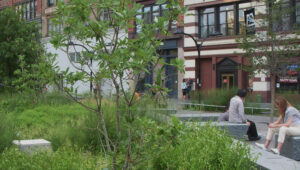 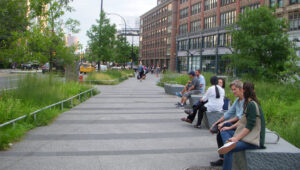 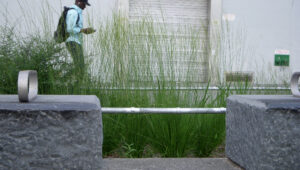 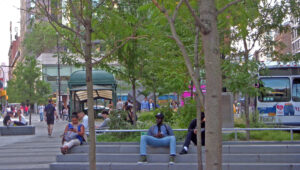 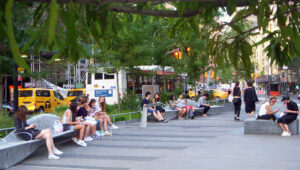