The Tisch Children’s Zoo in Central Park was conceived and designed by Quennell Rothschild & Partners as a place where very young children would have their first encounter with animals. The naturalistic setting respects animals as well as the zoo’s location in this landmark park. The design process was characterized by close collaboration with the client, the Wildlife Conservation Society.

Visitors pass through the original gates by sculptor Paul Manship, preserved from the 1960 children’s zoo, and up a fully accessible ramp that mediates between the zoo and the park landscape. From the top of the ramp visitors enter a large aviary through fantastically scaled “blasted oaks”. Inside the aviary, which is enclosed by nearly invisible netting, children can walk among birds flying freely. A stream and pool, constructed around existing trees and rock outcrops, is home to sacred ibis, turtles and fish.  Outside the aviary children can come face to face with sheep, goats, a Dexter cow and a pot-bellied pig. The enclosure railings were designed to work at multiple heights, allowing parents and children to reach through to touch the animals. Throughout the zoo, there are interactive features such as turtle shells to climb in, rabbit ears to listen through, lily pads to jump on and a spider web to climb on, which teach children about the animals’ lives while they play. Outside the goat enclosure, upended logs let kids mimic the goats standing on upended logs inside their pens.

Although the original fairy tale zoo was fondly remembered by generations of New York City children, the renovation was approved by the five community boards surrounding Central Park and the NYC Landmarks Preservation Commission. Since the doors reopened in 1997, attendance has exceeded all expectations. 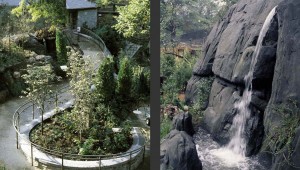 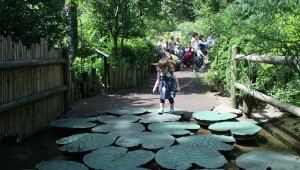 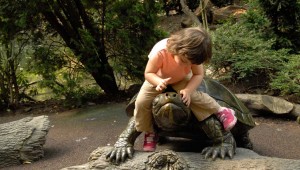 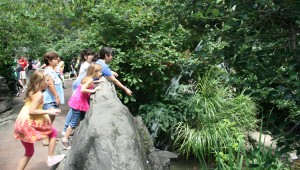 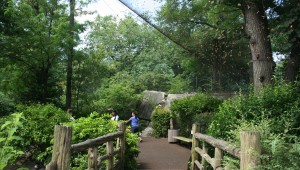 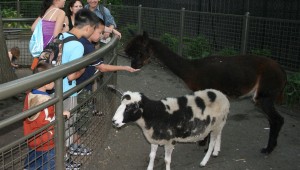