The Lower Broadway Streetscape Improvement Program, completed in 2004, emerged from this master plan. A sophisticated look was created for Lower Manhattan’s “main street” with 12” wide granite curbs, gray-tinted sidewalks, custom-designed trash baskets and bollards, and new streetlights and pedestrian lights. A new signage system was developed to improve wayfinding with street name signs, wayfinding plaques and orientation columns. 200 black granite plaques with stainless steel letters commemorating every ticker-tape parade that has marched up Broadway were set into the “Canyon of Heroes” sidewalk.

Of the custom-designed lights, Herbert Muschamp of the New York Times wrote, “…they are a distillation of precedents, in which Bauhaus and Art Deco are the most pronounced.  Functionalism sits in on jazz. … This isn’t the theatrical Art Deco (of) Radio City Music Hall. It’s upright Deco, in office attire, a low-key style that evokes the time when ‘downtown’ meant business, not bohemia”.

The firm negotiated technical challenges posed by the complex array of underground infrastructure. To permit the progression of paired light poles, foundations were built into building vaults, subway structures, and squeezed between utilities, with many field decisions made due to a lack of mapped information. The design team collaborated with the DOT and the Transit Authority to adjust construction schedules allowing for simultaneous reconstruction of a subway station roof to incorporate the new streetscape.

Other QRP projects that have contributed to the dramatic transformation of Lower Manhattan include streetscapes for the security precinct around the New York Stock Exchange, Zuccotti Park,  and the revitalization of the north half of The Battery. 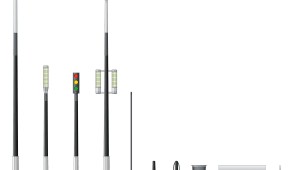 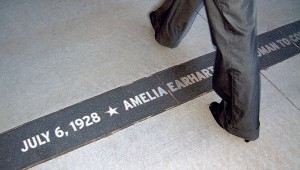 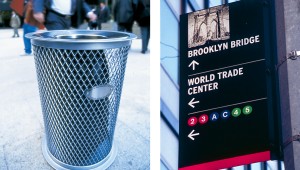 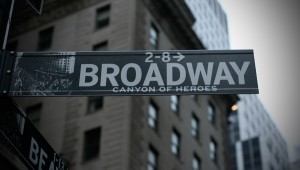